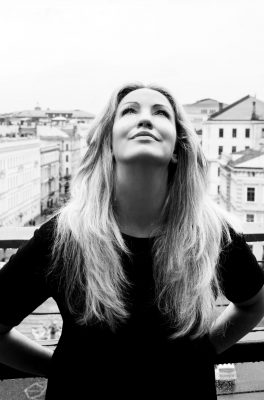 I was in third grade when I got up and solemnly announced that I didn’t have a father. I trembled on the inside when thirty pairs of surprised eyes looked at me. There was something between sympathy and doubt on the teacher’s face. “We need to know for school statistics,” she explained. In my opinion, the fact that my father had a new wife was enough of a reason for him to have no right to really call himself my father. I knew the point of her survey question – “Father: alive, dead or unknown” – was something completely different, but that didn’t matter. I was even proud of this, because it made me different from other kids, the ones who had everything going right in their lives.

One morning, when Dad went to work early, Mom’s nose was red. I asked if she was sick. Mom said she wasn’t, but that Dad would be here less often now, because he’d be living somewhere else. That didn’t surprise me much – the same way you’re not surpised by events that happen, no matter whether you’re hoping for them or are worried that they’re coming up. I’d heard my parents’ fights before, but the previous night’s had been different. I heard Mom sobbing and saying broken sentences in a hoarse voice. Dad mostly kept quiet, unless he was whispering something calming. That’s when Mom cried even harder. When Dad came into my room I pretended to be asleep, because I was scared of what would happen after we said goodbye to each other.

That evening I eavesdropped on Mom’s conversation with Aunt Tamāra, hiding behind the kitchen door. Now I understood that everything was some stranger’s fault. Dad had gone to be with another woman.

After that, Mom often had dark blue circles under her eyes in the mornings. On those days I tried to talk less and to stay out of the way. The most innocent questions made her sad, and I often got scolded for no reason.

Mom had started smoking a lot more. I thought she had cancer, because what else would make her lose weight so fast? It had to be cancer. Probably she thought the same thing, because her friends urged her to go see a babka, something like a witch. The babka had a pretty vague idea of what the diagnosis was, but she suggested that Mom drink a tincture of celandine. A visit to the doctor proved there was no cancer; she’d lost weight because of a nervous breakdown. Mom was convinced that the tincture of celandine had helped.

She always told me the main thing was that nobody should even think of pitying her. Before leaving the house, Mom carefully powdered her face, outlined her eyes in black eye pencil, and shaded her eyelids with pearly blue eyeshadow. Those, along with a mildly pink lipstick, were kept in a toiletry case I wasn’t allowed to touch. Makeup was expensive and could only be bought on the black market. She used the lipstick and eye pencil sparingly, digging out the last precious scraps of colour with a sharpened match.

Sometimes Mom listened to records in the evenings. Eyes closed, she swayed in the gentle waves of Karel Gott’s voice, or hummed along with Joe Dassin’s warm French chansons. I stood pressed against the doorframe and wished for these moments not to end so soon. On the evenings when she read Ārija Elksne’s poetry – something about graves and cawing ravens – and the earthy smell of valerian floated through the apartment, I stayed well away from her room.

I liked it when there was a party at home. Then Mom’s cheeks glowed, her eyes got misty, and she laughed a lot. The air was thick and hot, loud with passages of fast accordion music. Vodka flowed like birch sap in the spring. In the kitchen, the women smoked, hugged each other, kissed each other with moist lips and said how much they loved each other. They sang all those popular love songs: “By the Amber Sea”, “Dark Forests”, “Chrysanthemums” and “Waterlilies”. I especially liked “The bonfire blazes bright in the dark night”– about parting and lost love. The women sang this one with their eyes closed, with a certain kind of ache in their voices, as if each of them had experienced something like that, even a little. I knew the words to every song and sang along with the choir eagerly.

The men, jackets off and ties loose, loudly explained the meaning of life to each other and remembered the old days, how well their fathers had lived. When Uncle Jānis disagreed with Uncle Valdis and had grabbed him by the collar, Mom squeezed in between them and flirtatiously asked them to pour a lady some champagne. The men reluctantly relaxed, and filled glasses briskly. The layered herring salad smelled homey; pork cutlets and boiled potatoes steamed. I ate up the pickles almost all by myself. After I’d secretly eaten the creamy frosting with little glazed nuts off the top of the cake, of course.

Mingling with the guests, I found out that my father’s wife was a “whore” , a “bitch”, and that “it will all come back to haunt her”. The main point was “you’ll see, he’ll come crawling back with his tail between his legs, like a beaten dog”. The wives seemed to be the experts. The husbands, flushed from vodka, smiled and praised Mom’s potato salad. Uncle Valdis, roaring “Hey hey, you lithe black-panther girl!”, pulled Mom onto the dance floor. I guess he was holding her too close, because Aunt Anna hurried up right away to talk some sense into her husband. That’s what she said. “Be sensible.”

God in the Kitchen